Geophagy is the will or habit of eating land. Some parrots eat red clay in an act of self- medication. A Yanomami myth begins like this: &quot;This is the story of our ancestors who gradually multiplied. It begins at a time when there were no Yanomami like today. The earth-eaters suffered because they ate land. We would also almost have suffered, like earthworms, to dig the earth and drink clay wine, if it were not for the events that follow”. The colonial model, implemented by Portugal in the sixteenth century, is intrinsically linked to the development of a vision of land as a particular materiality, a property of a possessive nature used for very precise purposes: the extraction of natural resources and private property. With the colonial settlement, Portugal literally ate the land of the native people, and also ate their vision of the land, their ways of living and thinking with their feet on the ground. Much is said about the glorious act of navigation, but here we proposed to remember that for many people the Portuguese were great &quot;land eaters&quot;, in a gesture closer to an eating disorder than to medicine.

“Geophagia” was invited to participate in the NAU! Project, a co-production ofTEP with Cultura em Expansão (program of the Department of Culture of the Porto City Council). Geofagia won the Artists Contest organized by the VII Congress of the Portuguese Association of Anthropology in 2018 and was presented during the congress. 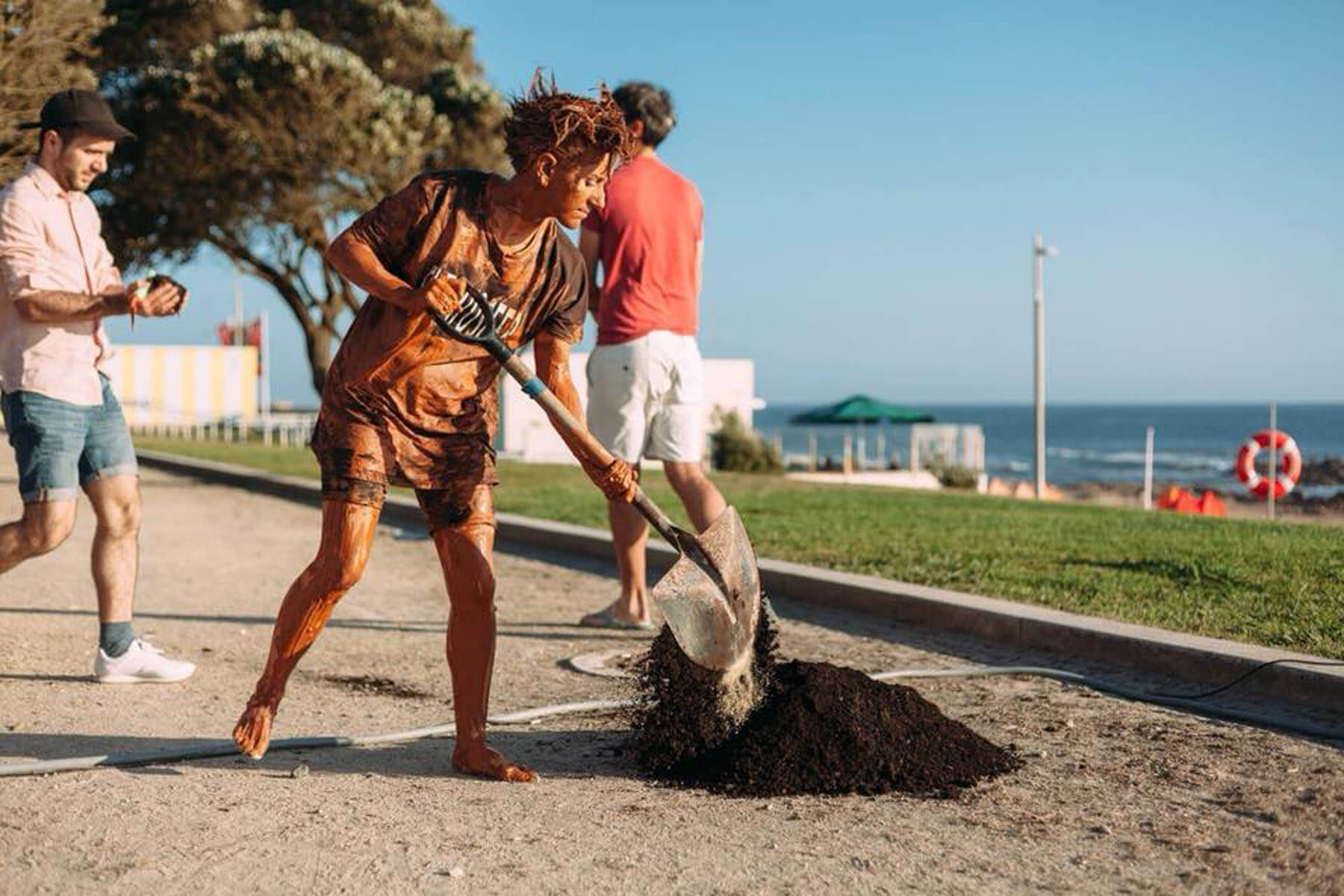 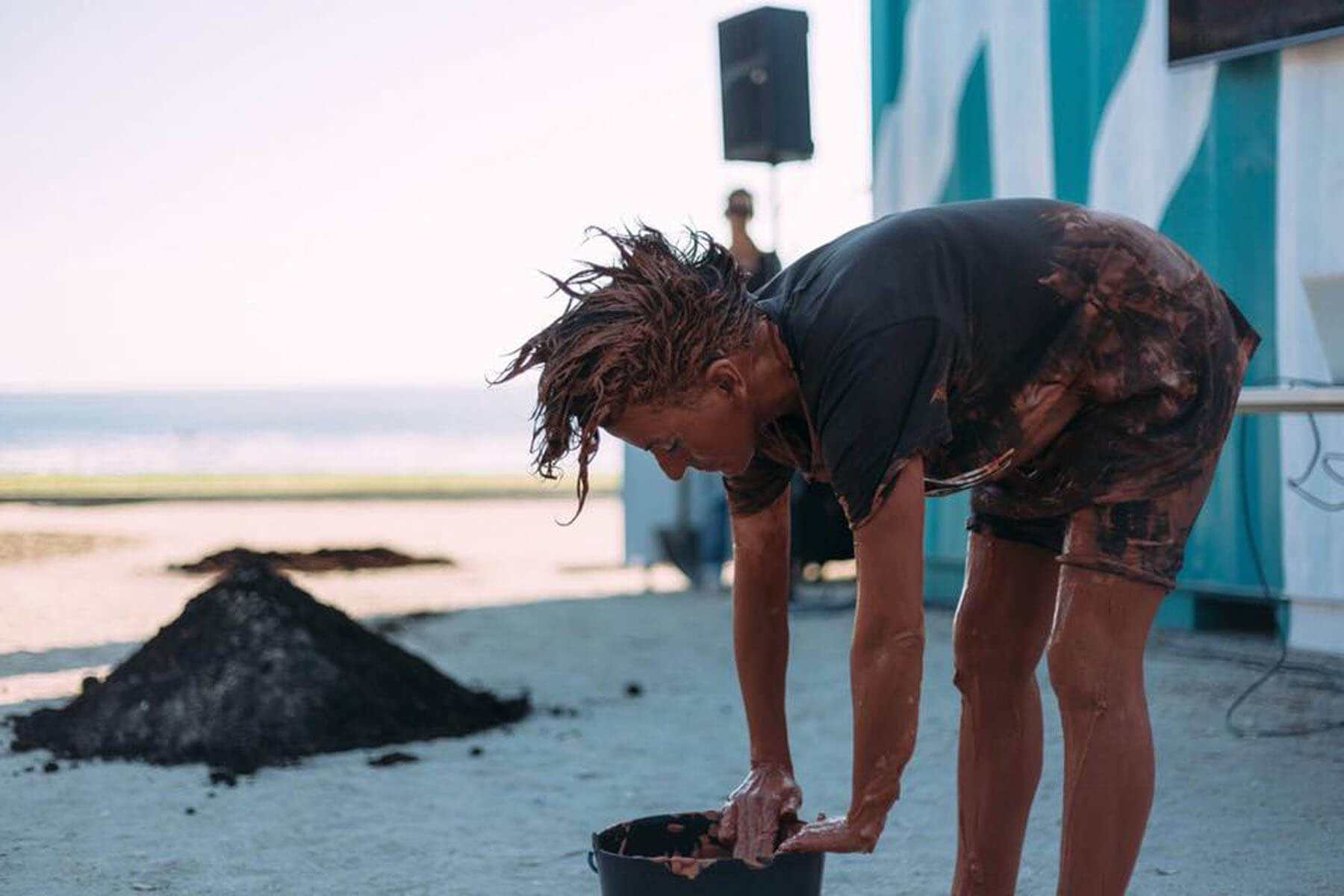 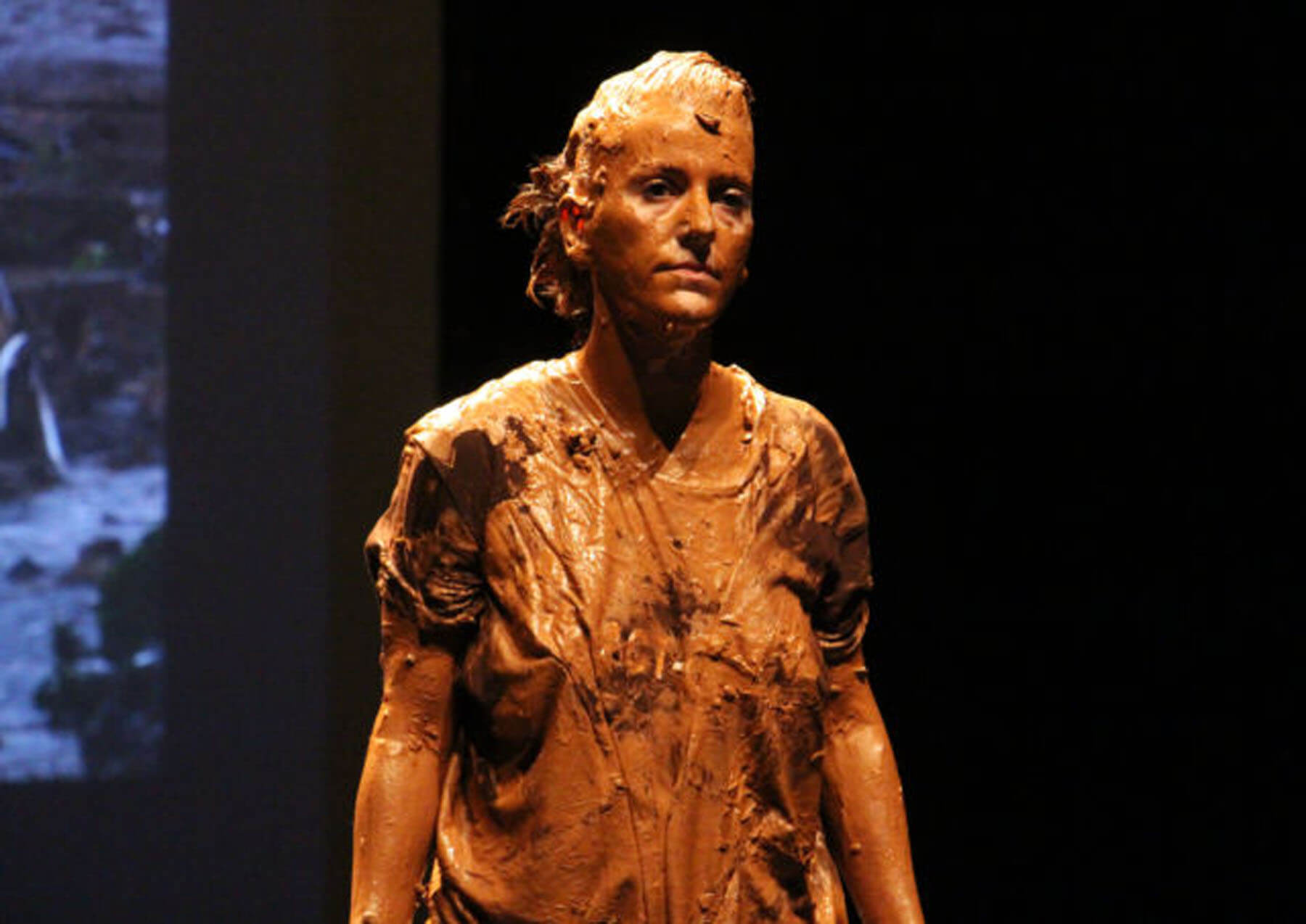